Do Mysteries Need a Reboot?

Have traditional whodunnits run out of steam, grown predictable, unable to surprise and entice readers anymore?

Fans of traditional murder mysteries—as opposed to thrillers or suspense—still love the genre, but they have complaints. And publishers are cutting back on the number they publish.

Something is clearly wrong.

International giant Penguin Random House has already cancelled more than 20 cozy series published under the Berkley Prime Crime, NAL, and Obsidian imprints, and the general expectation among writers is that this is just the first wave. But not only crafts-and-cats cozies are affected by the cutbacks. Five Star has scrapped its entire mystery line. Other publishers have apparently dropped series too, but I don’t have enough details to feel comfortable naming them, especially when the authors aren’t ready to reveal what’s happened.

Some series will be picked up by small presses, some will continue as self-published books. A few Penguin Random House authors will stay on, writing different series. But a lot of writers who have felt the cut of the ax have to reboot their careers.

Authors, needless to say, are nervous. Cozy fans in particular are saddened. A group called Save Our Cozies has sprung up on Facebook to keep fans up to date. Find it here: https://www.facebook.com/groups/726103940858234/

What’s behind this culling of traditional mysteries? Fans protest that they still buy a ton of them, so they must still be popular. But in publishing, all decisions come down to one thing: money. If a publisher drops a series, you can be sure it hasn’t been profitable enough to satisfy the corporate accountants.

So the question is: why?

The majority of these books have been published in mass market paperback, and at one point they sold so well that many cozy writers were able to claim “New York Times Bestselling Author” status. But e-books have crushed the mass market format, compacting it to a remnant of its former self. Most books on the paperback fiction bestseller lists today are reprints of hardcover blockbusters. The lists contain relatively few mass market original mysteries.

However, the rise of e-books doesn’t explain why series are being cancelled outright. If people were avid to read the stories, they would buy them in whatever format was available, and the series would live on.

I wonder if editorial practices may be more responsible than anything else for the demise of many cozy series. Readers complain that the books are too much alike and too predictable. That’s true, and it’s by design. Cozy writers have to meet certain publisher expectations. If you’ve read many cozies, you know what those expectations are. Lead characters are almost always female amateur sleuths in their thirties or forties, often newly single women who have moved to small towns to start over. The ex-husband will come into the books now and again to cause trouble, but it won’t be dark, physical abuse trouble. Townspeople form the protagonist’s new community, and the same characters appear in every book. Although the stories are about murder, the tone is usually light, with abundant humor. Violence is kept to a minimum and usually occurs off-page. Cats? Look at a shelf of cozies. How many covers do you see with cats on them? Each series is identified with small-store bookselling, food, needlecraft or some other womanly pursuit. You’ll find recipes in the backs of books that have nothing to do with cooking. Deep social problems and the outside world are barely touched on. Non-white characters aren’t plentiful. The formula leaves little room for freshness. 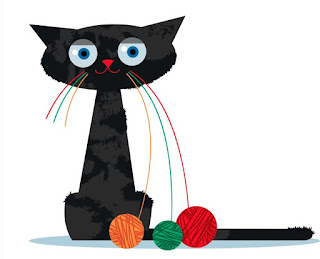 But cozies aren’t the only mysteries suffering from a lack of originality. The audience for all traditional mysteries seems to be wearying of overused devices and themes.

More and more, on Facebook and mystery discussion listservs, I see complaints about predictability and a lack of genuinely original material. Often readers say, “I keep reading her books just because I like the characters and want to catch up on what’s happening in their personal lives. But the plots have become predictable and forgettable.”

Tropes that make readers groan include the alcoholic cop or private detective; the lonely soul whose wife has left him or been murdered; secret babies/siblings whose identity is revealed to upend the plot; the protagonist with a friend or relative the amateur alone can clear of murder charges; heroines who are too stupid to live yet always triumph; cell phones that go dead at convenient times; characters who don’t TALK to each other, dragging out their childish  misunderstandings (and the story) for 300 tedious pages; formulaic endings and rushed endings that feel as if the writer suddenly realized it was time to wrap up the story. Saggy middles filled with repetitious material, and diversions that stop the mystery story cold for pages or whole chapters, also incite the ire of readers. (Can you add to the list? I’m sure you can.)

But, you may protest, mysteries are as popular as ever! Look at how many are on the bestseller lists! Okay, let’s look. Current BookScan hardcover bestsellers include novels by John Grisham, James Patterson, Harlan Coben, C.J. Box, Jeffery Deaver, Lisa Gardner. Among the paperback bestsellers are novels by David Baldacci, Stephen King, Lisa Jackson, Harlan Coben (again), James Patterson (again), Greg Iles. C.J. Box’s books can be called series mysteries if you discount all the thriller elements, but the rest are solidly thrillers and suspense, not traditional mysteries.

Sales of mystery/detective novels in print form have been declining for years. In 2015, hardcover mystery/detective sales were down 12% from the previous year. The drop in mass market paperback sales, as already noted, has been rapid and startling, and no bounce-back is in sight. E-book sales are falling too, which indicates a general lessening of interest in the books themselves, not just a search for lower prices or dissatisfaction with a particular format. Another element is the aging of the audience. Repeated surveys show that the primary audience for traditional mysteries is older women. Perhaps the audience is dying out and isn’t being replaced with an equal number of younger readers.

By contrast, thriller/suspense sales were up 8% last year over 2014. The phenomenon of 2015 was The Girl on the Train, a thriller by Paula Hawkins that sold 1.3 million copies in hardcover in the US last year and is still going strong—all over the world. The fresh new talents that are popping up often write psychological suspense or dark, violent police thrillers, not traditional mystery series.

Is it time for all traditional mystery writers to think about ways to refresh their genre? Is it time for publishers to free authors from the same old, same old expectations and let them explore new directions? Some readers will always love the comfort of a well-worn formula, but as we’re seeing, a lot have grown tired of it and want something different. A notable few authors produce consistently meaty, engrossing mysteries that don’t resort to formulas and stay with readers after the last page is turned. Any writer with talent should be able to do the same. That includes cozy authors. And they don’t have to sacrifice the small town settings and familiar characters their readers enjoy.

What do you think?

As a reader, do you want traditional mysteries, including cozies, to stay the same, or would you like to see a fresh new direction that will surprise and entice you?

If you’re a writer, are the latest shakeups in the business making you rethink your choices?

Posted by Sandra Parshall at 2:27 PM